Some random notes on my recent ‘pythonic peregrinations’ on my Airbook.

Python packages management is really painful. My /Library/Python/2.7/site-packages is just a mess. This is probably due in part to the fact that I switched from easy_install to pip two years ago, but anyway there’s a lot of useless stuff in there. 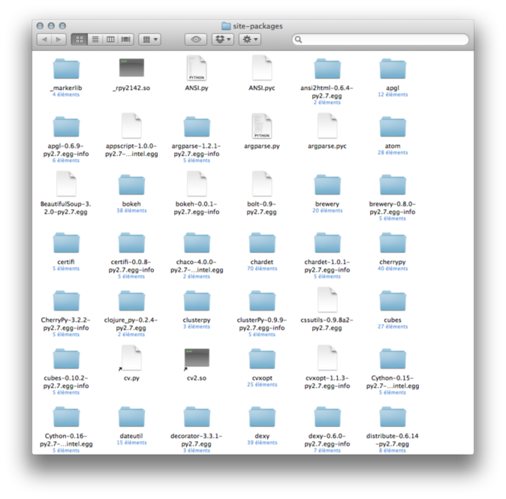 I heard about Bokeh, a new plotting library for Python. Basically, it ought to embed Wilkinson’s Grammar of Graphics into the d3js framework. It is maintained by the same guys from Continuum Analytics who develop Blaze and Anaconda. In contrast to Enthought EPD,1 it is

I followed the instructions to install Anaconda, and it is quite simple actually: You just have to sh Anaconda-*.sh and you should end up with something like:

Anaconda supports multiple versions of Python to live on your system, and it provides a virtual environment that allow to switch to different version of the same package without much difficulty. Package management is done via conda, a command-line utility that is used to fetch one or more specific versions of a package, display information on the system or environment locations, etc.

As can be seen, there is a version of numpy 2.7 for Python 3. I haven’t explore the full capabilities of this distribution, but at first sight it sounds more interesting than EPD. The default Python is 2.7.3, with numpy 1.5.1 (!) and scipy 0.11.0.

There are a few dependencies to resolve before using Bokeh. This includes Chaco and Traits, as well as Pandas but this one always compiled fine on my Mac.

I tried to compile Chaco last year; I don’t remember if it was from a manual install or through pip, but it failed. Today it just works (such packages usually go to my system-wide library, /Library/Python/2.7/site-packages):

I should note that several packages were installed or updated at the same time, including pyface, traitsui, enable, and kiva.

Exemples from the Quickstart guide seem to run smoothly. I had to replace traits.ui by traitsui, and of course remove every mention of enthought.* 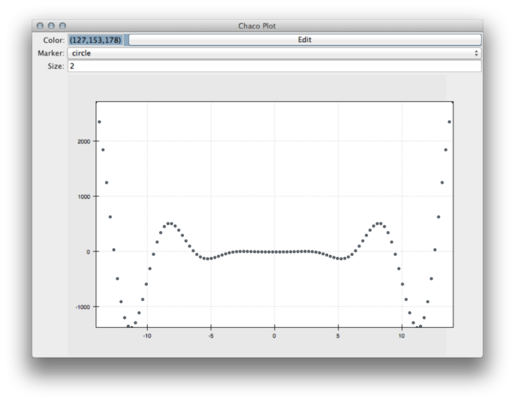 To install Bokeh, I just followed the instructions on GitHub.

That worked just fine to generate static html on my disk (local_example.py). As I wanted to use the websockets backend, there’re a couple of additional steps I had to follow. I already have redis installed on my Mac.

So, I had to install gevent-websocket, and then flask. Finally, following the instructions on GitHub, this is just a matter of starting the redis server, launch python startlocal.py in Bokeh main directory, and run python pandas_example.py in another terminal to get the following plot, live in my browser (http://localhost:5006/bokeh): 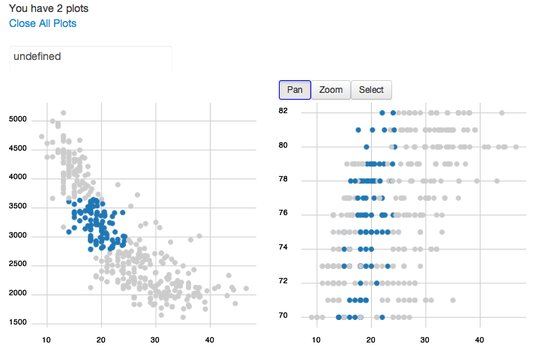 Quite impressive so far!

Other projects I started to look at are http://numba.pydata.org and Blaze which is presented as a generalization of NumPy.