The following Racket program allows to test whether a given number, n, is an Armstrong number in base 10 or not:

This is well above the limit of unsigned long long in C. So we will probably need the GMP library, and a more efficient screening algorithm. Here is one, from Rosetta. It runs in less than 15 s on my Macbook (1,3 GHz Intel Core m7), if we suppress the output: (source code) 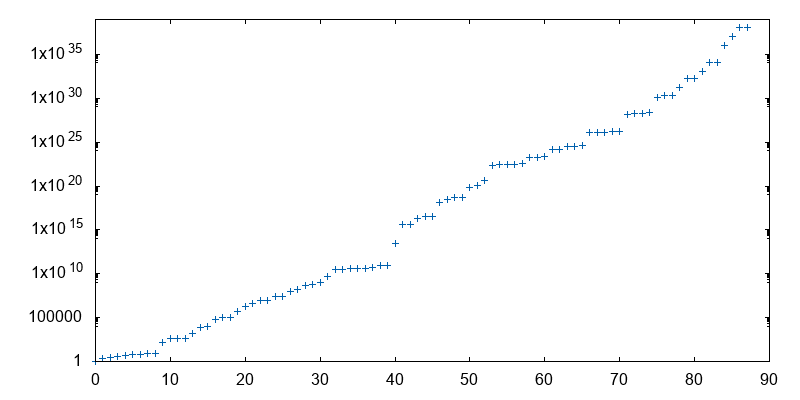 Thank God that number theory is unsullied by any application. — Leonard Dickson

I don’t know of any direct application of Armstrong numbers, even for recreational mathematics, but surely there are many other funny terms coined for interesting patterns, like amicable numbers, untouchable numbers, sociable numbers, abundant numbers, amenable numbers, or practical numbers.