After Spacemacs, I am currently experimenting with another variant of an evil-powered Emacs: Doom Emacs. As far as I can tell, it is blazing fast and the default factory settings are well thought.

The installation went well and I was able to run Emacs in 10' or so. A few hours later, I was done with additional configuration using a private module. There would remain many things to add but I think I am done for tonight. At least, I can edit Markdown and Org files, with literate programming enabled in case I need to evaluate Stata, Python or Lisp code (without ESS).

I found that all those minor edits were easier compared to Spacemacs. This is probably because we do not have to worry about accumulating custom settings in a large init.el file. Indeed, it is possible to separate key bindings, package options and “setq stuff” in different places — init.el, config.el, packages.el, and autoload/ — which all sit in a private directory. Even if this environment relies heavily on evil, I find myself using Emacs key bindings more often than (e)Vi(l) ones, but I guess this is just a compromise between that little RSI syndrome that some people complain about and the cognitive flexibility required to switch from 15 years of Emacs habits to modal editing.

I should note that I have nothing against Spacemacs: this is a big project and a really big plus for people that are looking for a default Emacs distribution (e.g., Prelude or so-called starter kits). Some folks resigned themselves to give up, others started to build their own Spacemacs or the biggest project (of their) life, and many were after that particular theme and UI (Google that one, you will find so many hits!). I have been using it as my default configuration since 2016, and I may come back to it if I feel unhappy with this new environment. After all, Doom Emacs is carried by one person alone. This was originally a private configuration that went through GitHub, along with other nice Emacs enhancements like doom-themes. It may become broken at some point, or not maintained anymore. That would be another doomed part of it.

Anyway, here is a screenshot of me writing one of the next post for this blog: 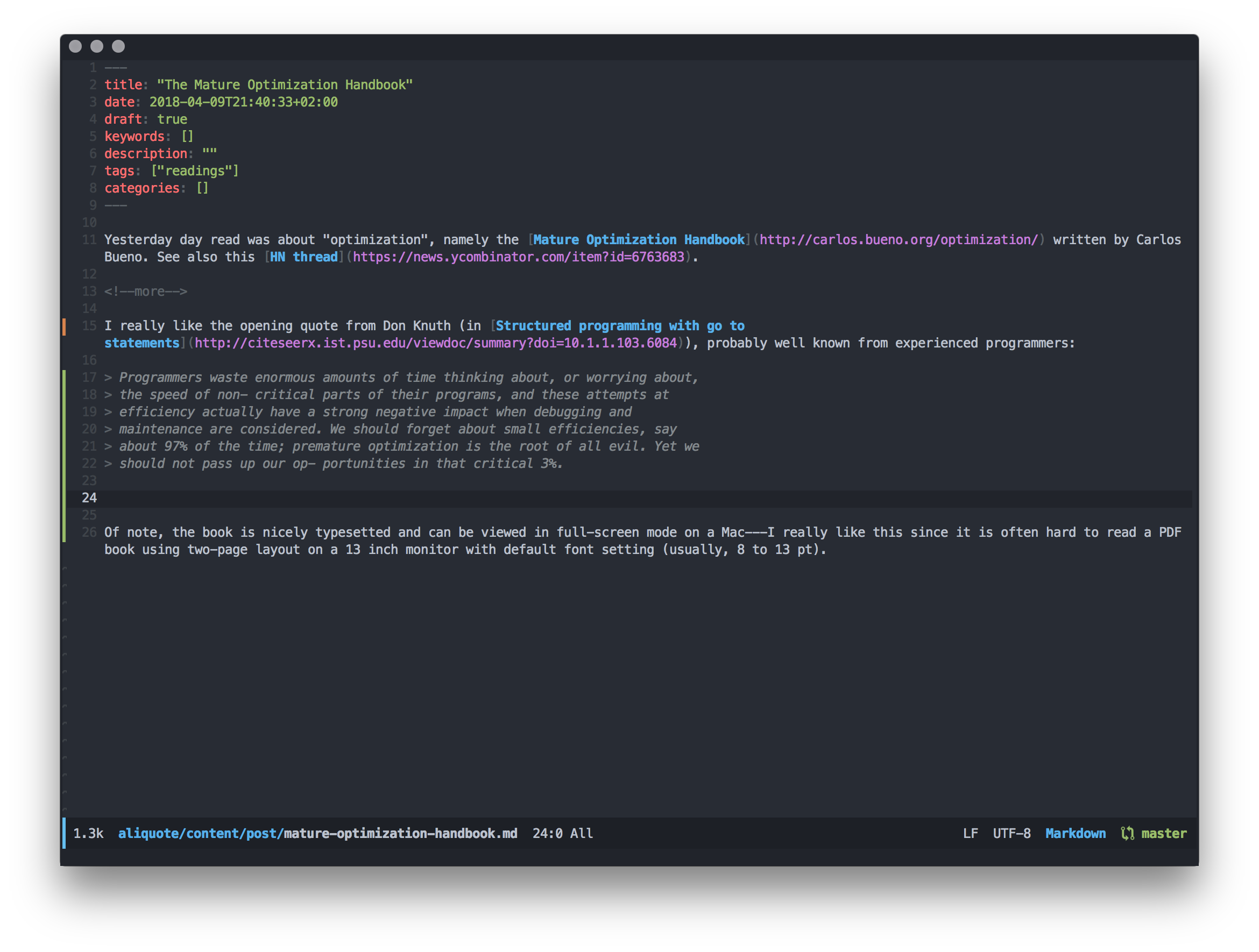 On second thought, that’s a little bit funny: this is Emacs with Vi modal editing and Atom look’n feel.