Here are some notes on how to enable auto-completion for Emacs.

I already have auto-complete installed and enabled for some major modes. Together with other goodies from ess or yasnippet it really makes life easier when working with R code.

Following a recent post by John D Cook, I decided to try to enhance my default Emacs setup for Python (which barely consists in python-mode, ac-python and some custom hooks for indentation and tabs/spaces management). I should note that I am currently using standard Python shell as inferior process because I wasn’t able to configure Emacs to run ipython instead of standard Python. This may well be due to conflicting version of python-mode and ipython.el. With ipython.el from IPython distro, and the following in my .emacs :

I seem to be able to send Python code to IPython, though.

I already know of ropemacs but it looks too much for what I really need. Here comes Jedi.el:

a Python auto-completion package for Emacs. It aims at helping your Python coding in a non-destructive way. It also helps you to find information about Python objects, such as docstring, function arguments and code location.

Installation instructions are dead simple. However, instead of using el-get, I installed everything by hand.

For the Python part, we just need to install epc and jedi:

And, for Emacs, provided we are using package.el, we just have to M-x package-list-packages and then install epc and jedi. My package archives include http://melpa.milkbox.net/packages/ which generally provides more up to date packages. I added the following to my .emacs:

Below are some screenshots of jedi.el in action: 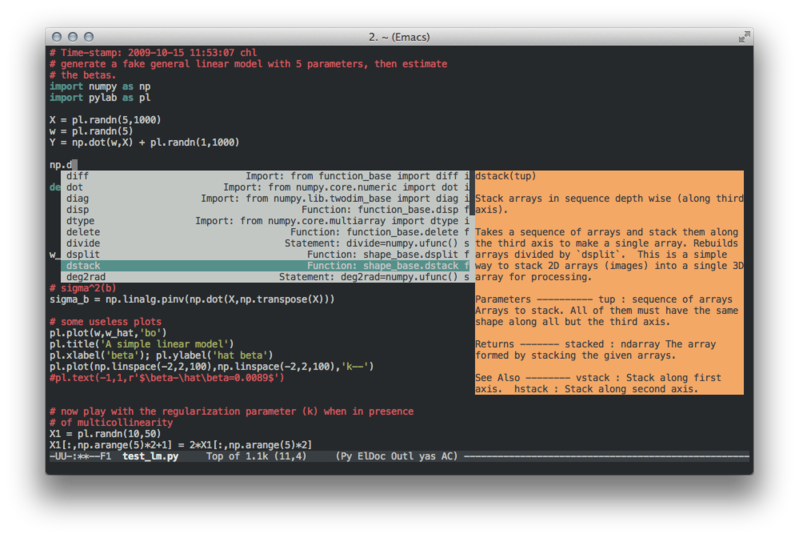 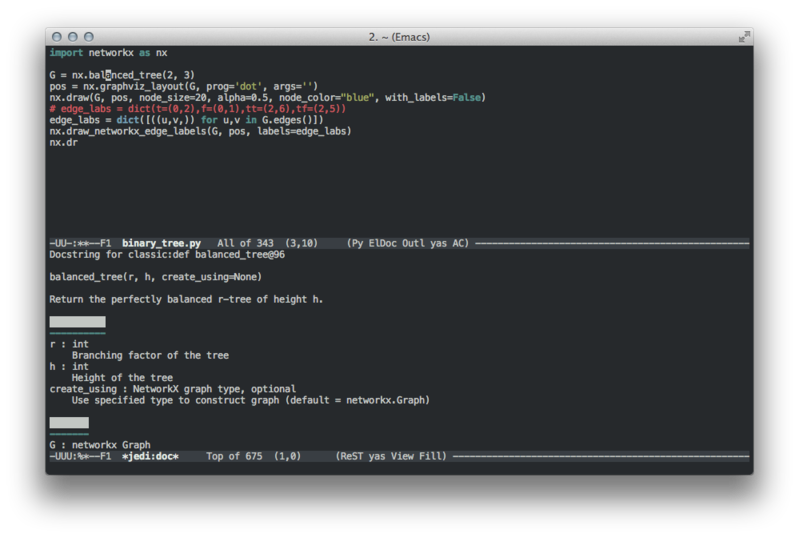 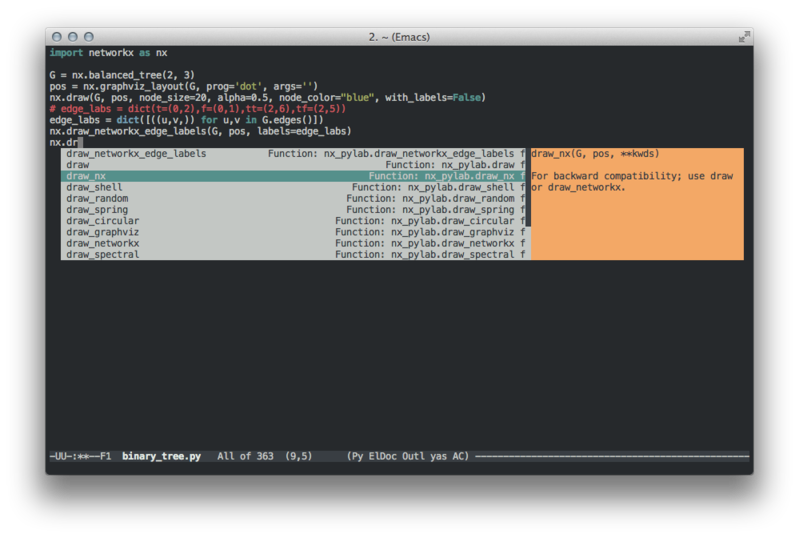 On a related point, I took advantage of those updates to update my nrepl package for Clojure and install ac-nrepl which also comes with handy autocompletion and doc (C-c C-d) support. 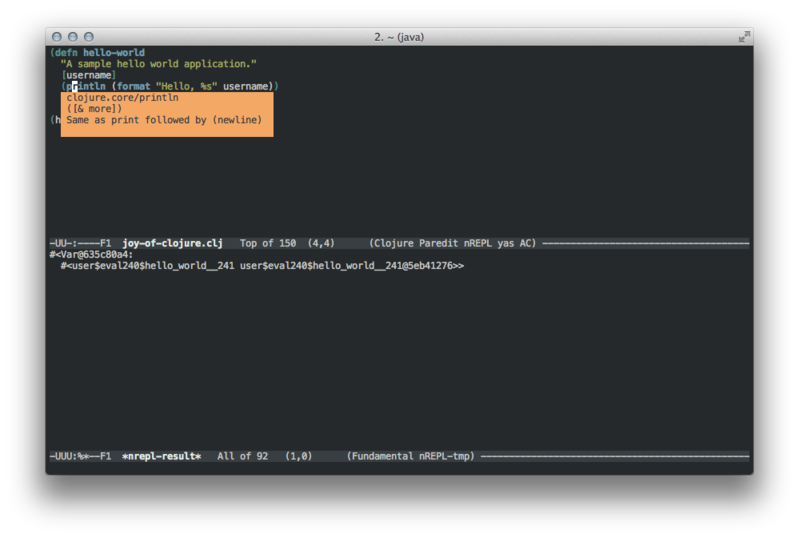