Fixing little annoying Emacs things in the morning is probably the best way to start the day. This is also known as procrastination.

This morning I was annoyed by the fact that my new shiny Emacs modeline was actually displaying Python 2.7 while I am using Python 3 since at least 3 years now. Everything worked as expected though: I am still able to launch a Python REPL and I get my current IPython environment; likewise if I send a buffer to the Python inferior process the right version of Python is used. I should note that I am not using Anaconda (or pipenv, or whatever) as I prefer to rely on bare bone Python installed via Homebrew (even if it keeps insisting with installing and updating python@2 for some libraries I once installed). And I am using the recommended settings for flycheck and python-mode, namely:

However, this clearly doesn’t affect the Python version number that doom-modeline displays next to the Major mode. Yet, the correct version of Python (Python 3.7.2, Built from source on 2018-12-31 at 11:59:03) is used when interacting with inferior process. Upon inspection of the source code, I figured out that doom-modeline-version (which you can set to nil if you want to disable the display of program or environment version number) actually relies on hooks that defined what version of Python, Ruby or even Perl is currently available on the system, as well as a defvar which set python as the default interpreter, which is quite unfortunate for people like me who lives in the 21st century but still have to keep both versions of Python on their OS:

So far so good, let’s go with overriding that global variable once and for all since I have absolutely no other idea what to do this early morning.1 Of course I realize this really is a weird fix and I should probably update my default Python configuration.

Anyway, I ended up with the following settings in my init.el file, just in time for the second morning coffee:

You will notice that I also updated the default program name for pylint and flake8 since they were disabled in all Python buffers because of whoever thought I was using Python 2.7. And that’s it for the screenshot of the day: 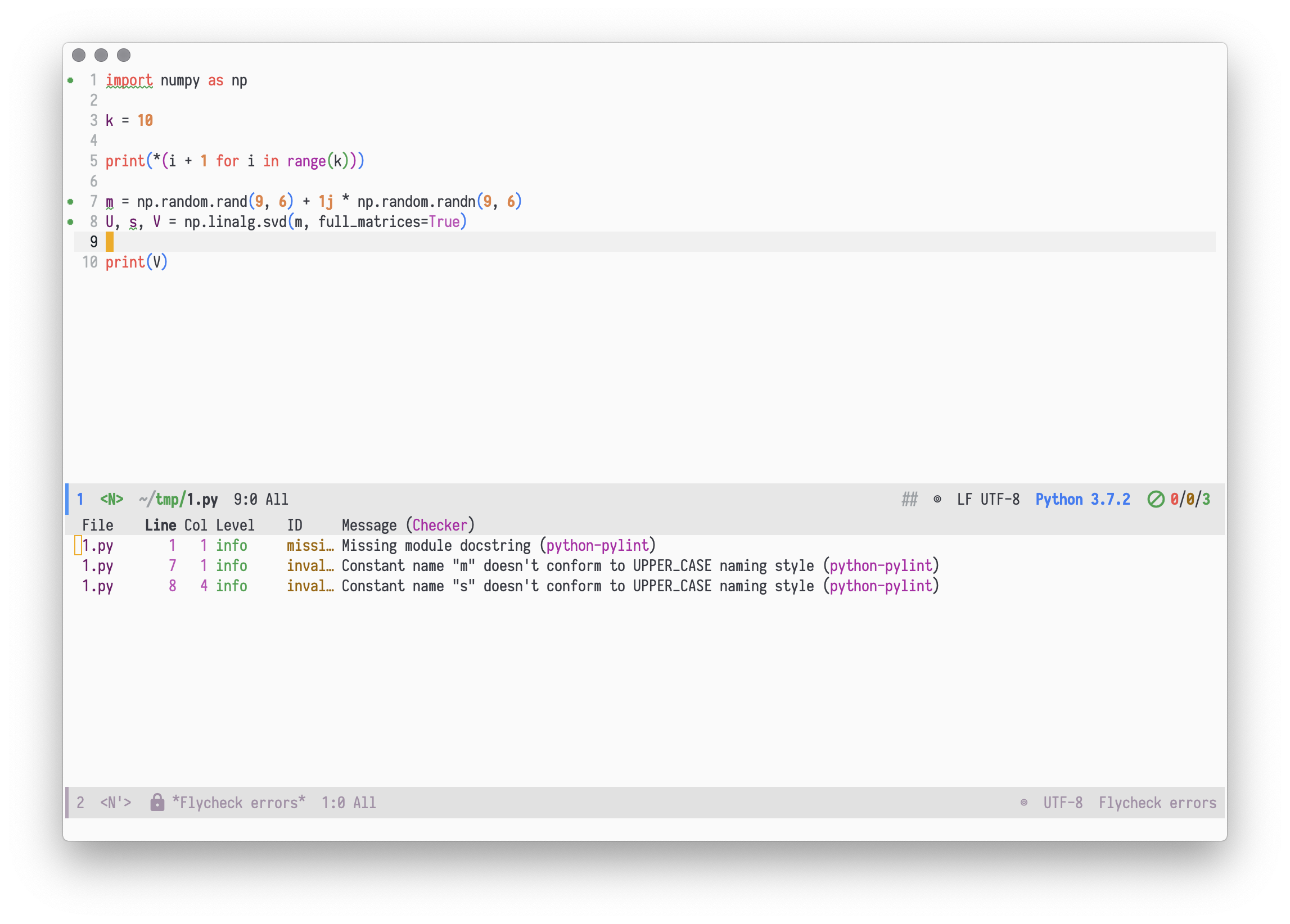