I spend a certain amount of time writing Python, Racket or Lisp scripts for my daily jobs or musings around PLs. I’m using Neovim since last year and I tested a number of plugins that bring REPL-like experience to (Neo)Vim. Lately, this was mostly neoterm and iron. Both plugins are great, at least they do the job which amounts to taking a visual selection or whatever line is under the cursor and sending it to a live shell subprocess running IPython, Racket or SBCL. I even contributed a PR to neoterm for adding Stata support since I wanted to use this workflow with Stata code. Now, what if we could use an unified API to provide REPL-like experience in (Neo)vim, without relyingon the built-in terminal?

Enter Jupyter! It’s the next iteration of IPython, with support for multiple languages. You can think of it as the LSP of all REPLs. In fact there’s a kernel available for every language I use to use. The advantage are clear: you have the same UI for any PL, and you can dispatch your IO operations in a console or in a web browser. Most people I know generally using the “notebook” version, which means working in your default web browser. I don’t like it, and I prefer to work from a console, maybe an enriched Qt console. I’ve tried it with pleasure in the past in the case of Stata, for example.1 You can also call Jupyter kernel directly from your plain text editor, which is what I did for a long time when I was working with Emacs, especially for Mathematica and Stata in addition to R and Python.

I’ve been looking for a similar solution in Neovim. This would alleviate the need for and additional terminal window, especially if it could benefit from virtual text features, or things like that. And I discovered Magma, which is a Neovim plugin that provides exactly what I need: a simple way to start a given kernel (MagmaInit, then select the language), no interference with a running LSP server, the possibility to evaluate the current line, a region or a motion.

Like for iron I settled upon the following mappings, which I find convenient for most use cases:

I know there are other actions available, e.g. for reevaluating a certain code chunk or clearing current output, but I don’t need them often. Combined with LSP, however, this plugin provides decent IDE-like features, with the comfort of Vim editing. 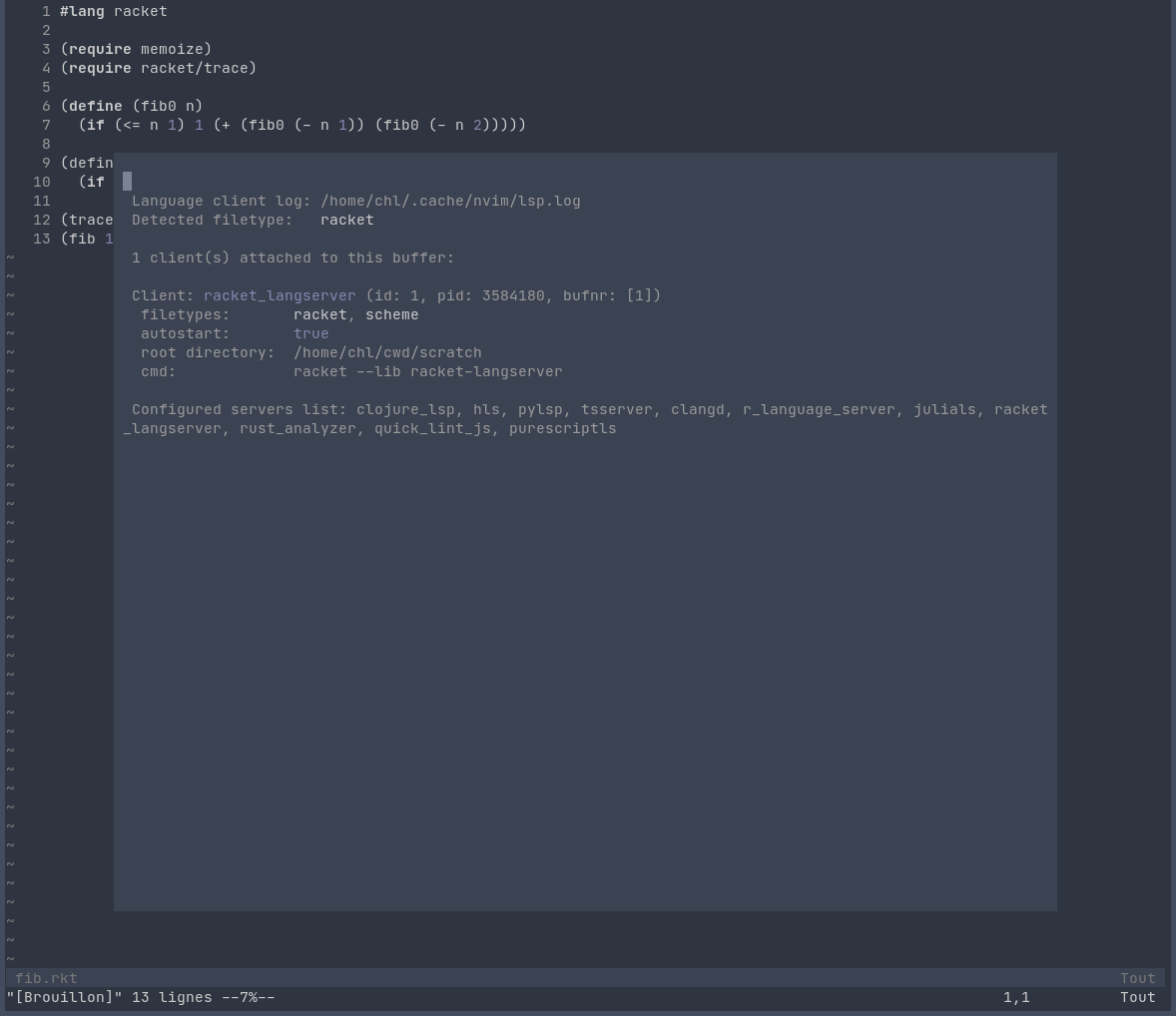 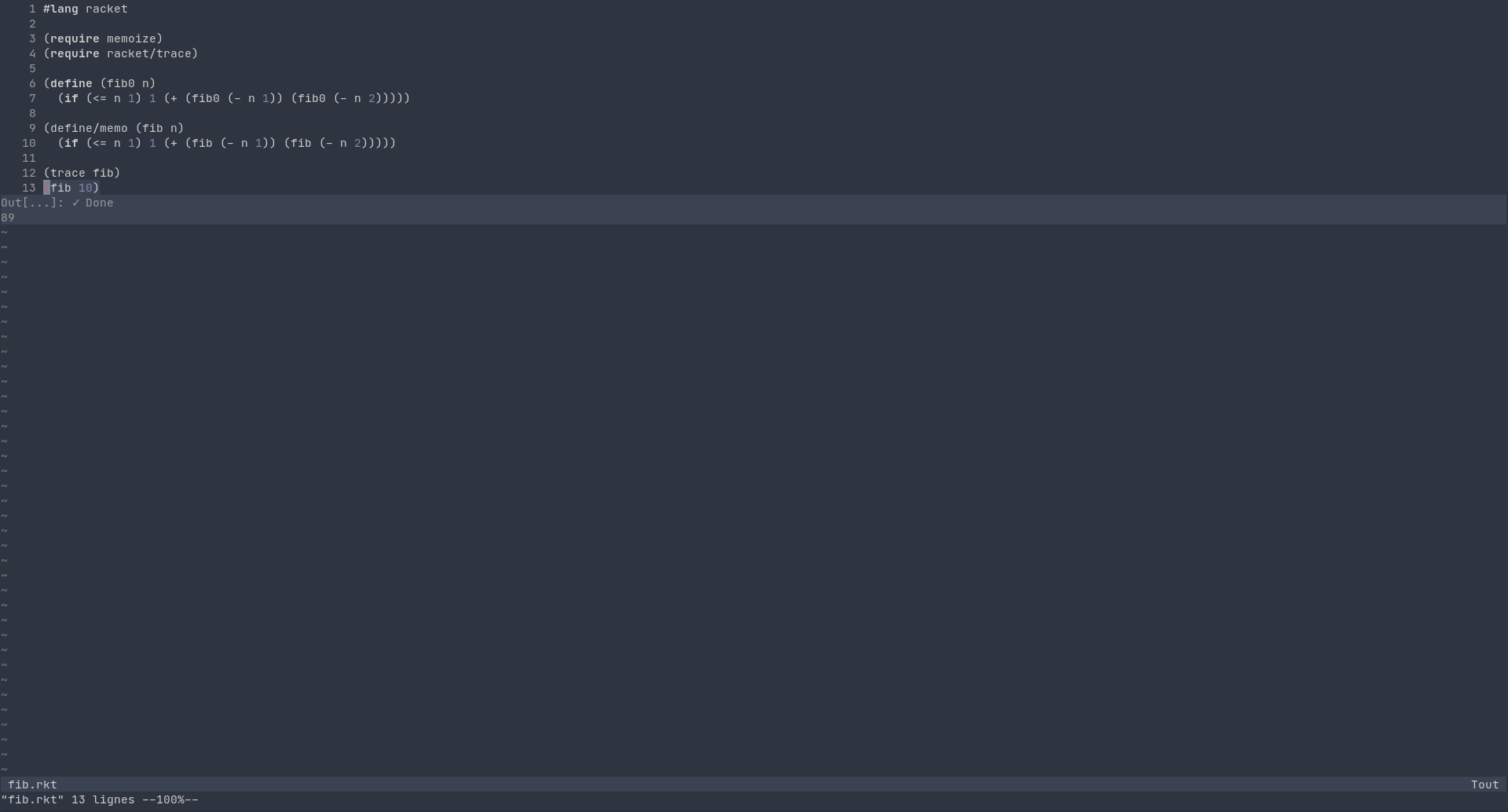 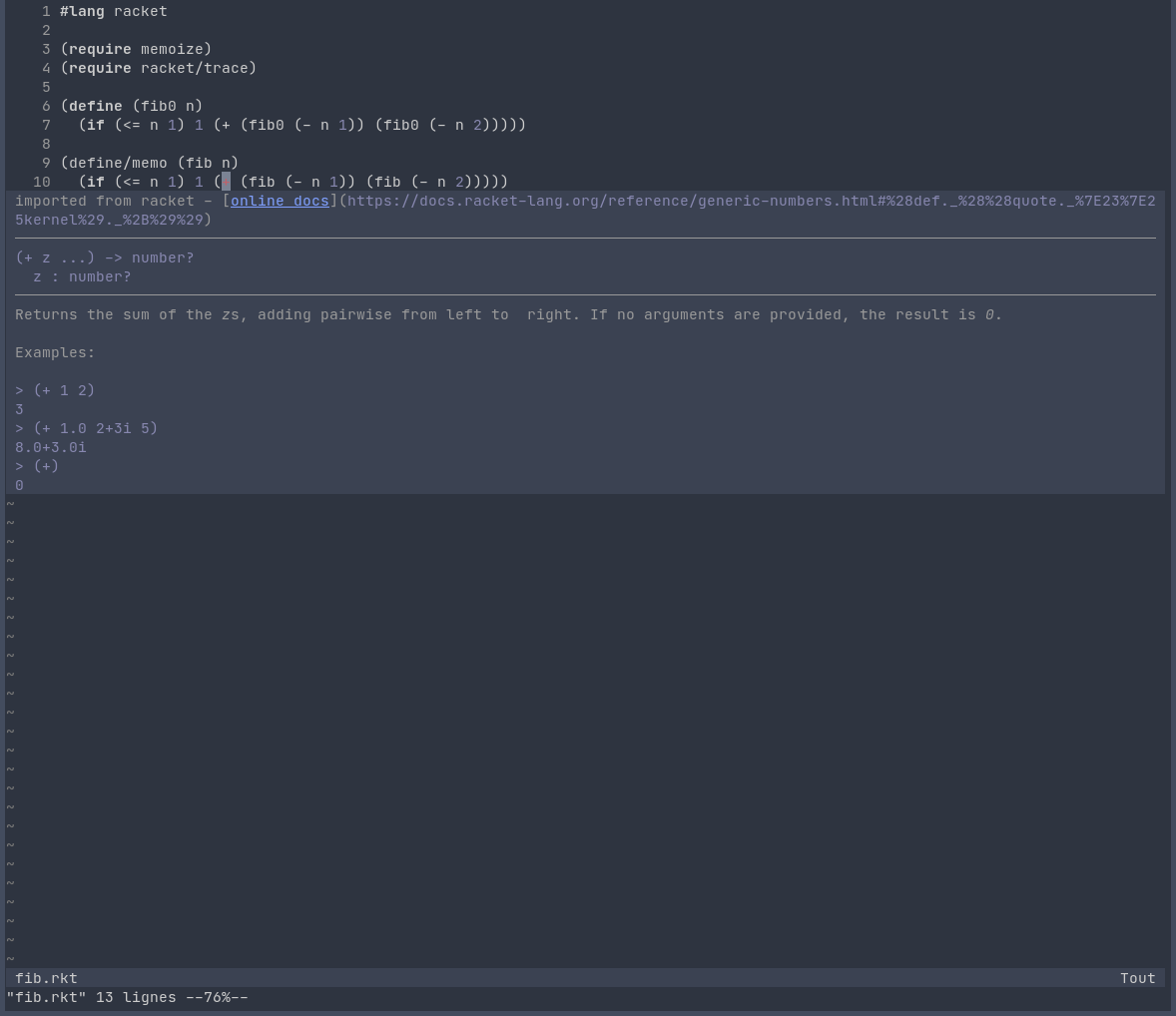 Following the suggestions available on the Jupyter project wiki, I installed the following kernels: common-lisp, haskell, iclojure, ipurescript, ir, javascript, python3, racket, rust, stata, wolframlanguage13. The hardest part was to get CL kernel working since I kept getting an error with ironclad when using quicklisp alone. Finally, everything went fine with Roswell.

Note that you can still send the whole buffer to a terminal and run the appropriate program, thanks to ftplugin directives. For instance, I have the following settings for Python, defined in after/ftplugin/python.vim:

I use more or less similar mappings for Haskell, C, Rust and Racket.

♪ Tkay Maidza • Onto Me