The Markdown language has become the de facto lightweight markup language for text editing, and more.

There are certainly lots of other applications I am not aware of.

I like plain text files: these are files that do not weigh heavy on a HD, they can be visualized with any text editor or pager, they are easy to send by email, etc. I used to use Emacs for writing almost everything, and of course there is good support for Markdown and Pandoc. For rendering purpose, I found a nice application (Mac-only): Marked. It’s worth its price! For a free alternative, take a look at Mou. My basic setup at the moment consists in typing my text in Emacs while I have an open Marked preview next to it, as shown below. Simplicity matters. 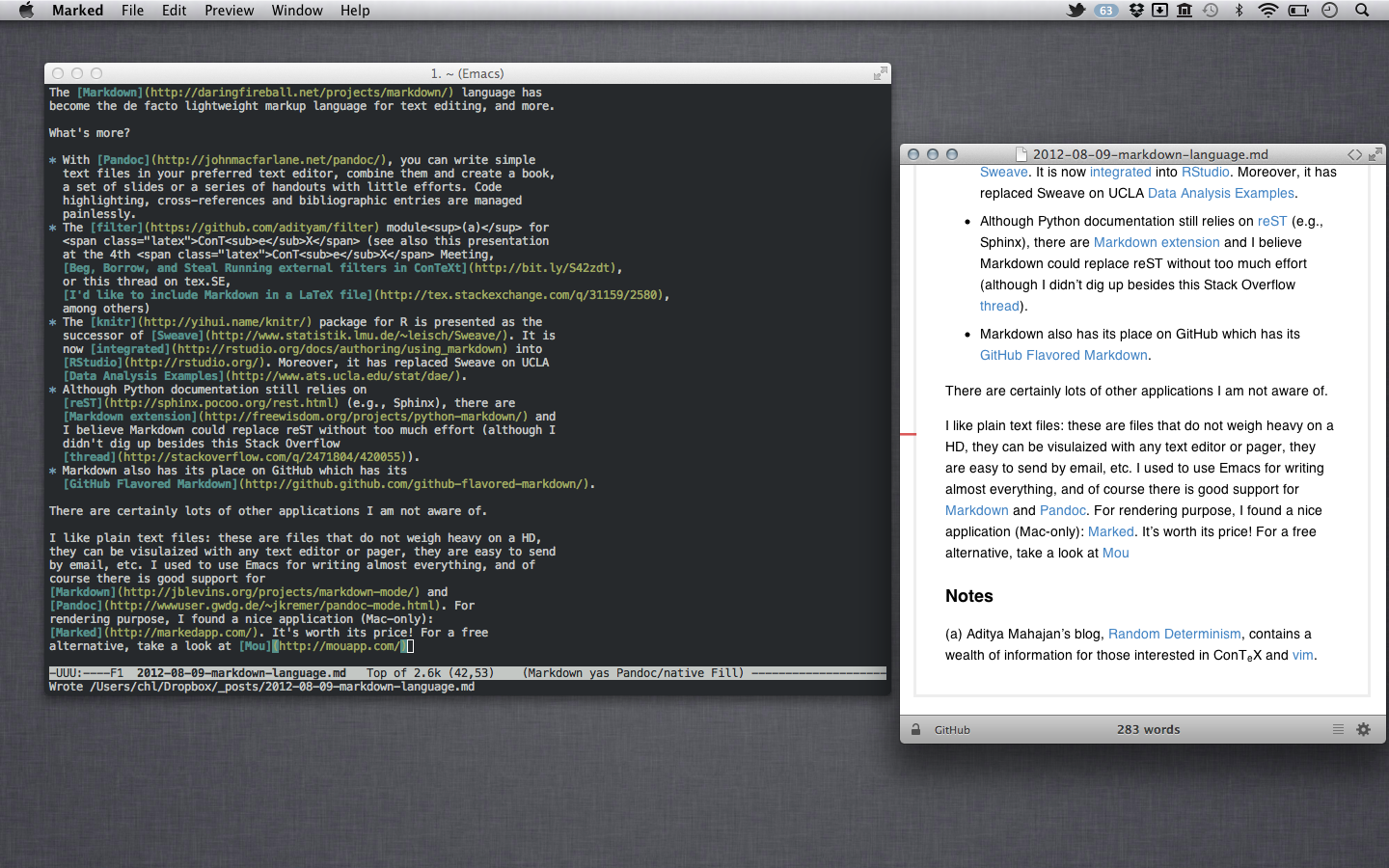