On the Raise and Fall of Apple Products

I was reminded by a colleague of mine that it is harder to stand by Apple OSs than good old Un*x systems, unless you accept to upgrade frequently. I am even not speaking of security updates or OS minor version upgrade. I read somewhere that the Macbooks have a lifetime of about 4 years. This is not only about hardware: software may become obsolete soon or later.

In the present case, the problem arose when trying to install Pandoc on old release of OS X. Such peculiarities can waste a lot of your time. This happened to me recently when trying to reinstall xgobi. I got it working on my old Macbook running El Capitan, so I thought I would resurrect my old X11 habits on my current Macbook. It is clear now that I will have to rely on GGobi only. I started writing a post back in April but I am probably better leaving it as the following rough draft. The title was: “On Compiling Xgobi 20 Years Later.”

Things have changed a bit since the last time: OS are 64 bits, XQuartz replaced Xorg and clang is now the default C compiler. Your mileage may vary but here is how I got it working on High Sierra. 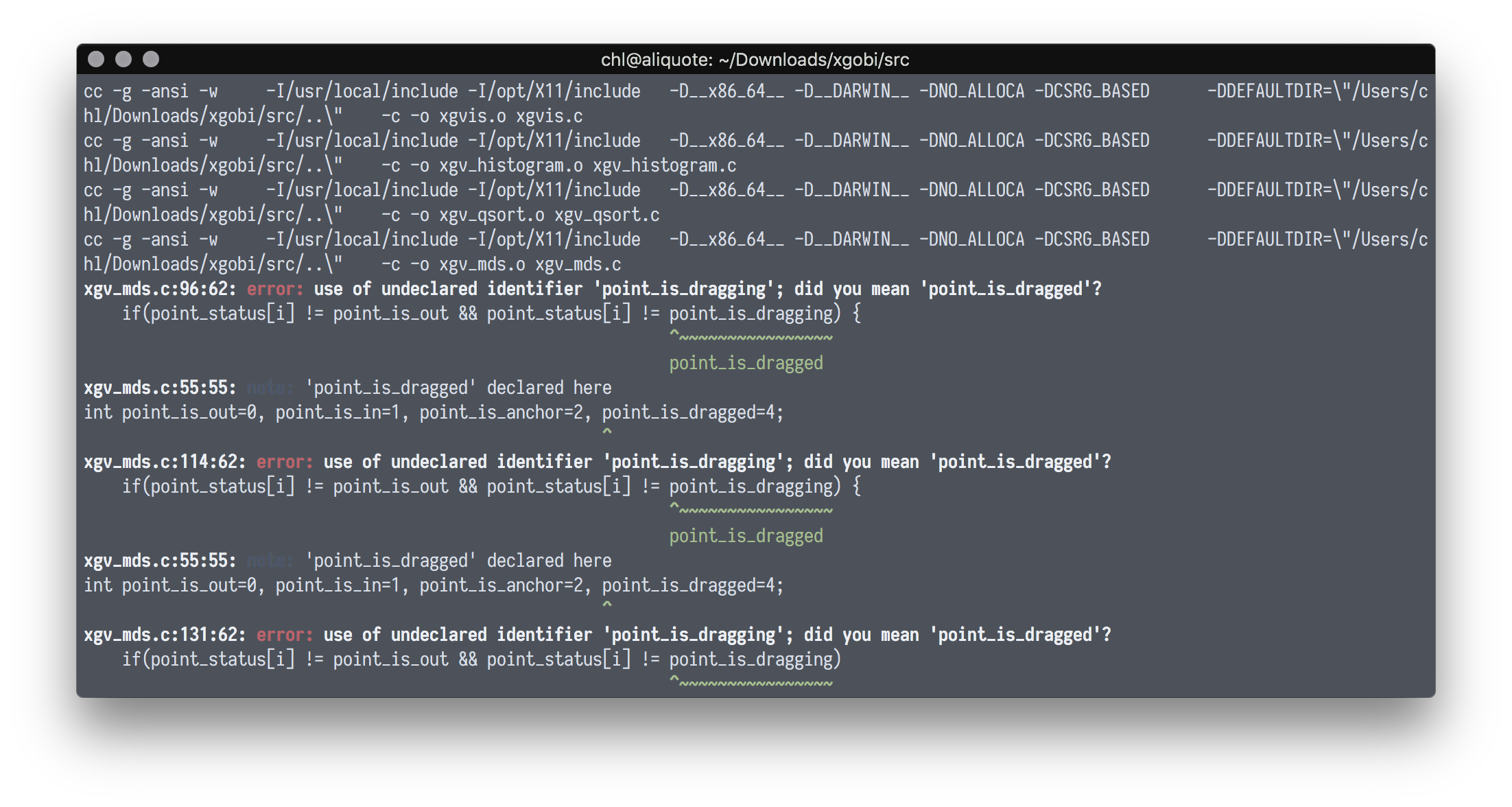 Anyway, this was an happy evening, at least in terms of good wine and music.