I installed Yosemite last week on my fresh MacBook Pro, and I must say this is just whooo…

As part of my series of posts on OS X updates, here are my very first impressions on OS X 10.10. Note that I never tried any beta versions despite the big buzz surrounding its release, and I just installed the official release from the App Store. Here is how looks desktop as I am writing this post: 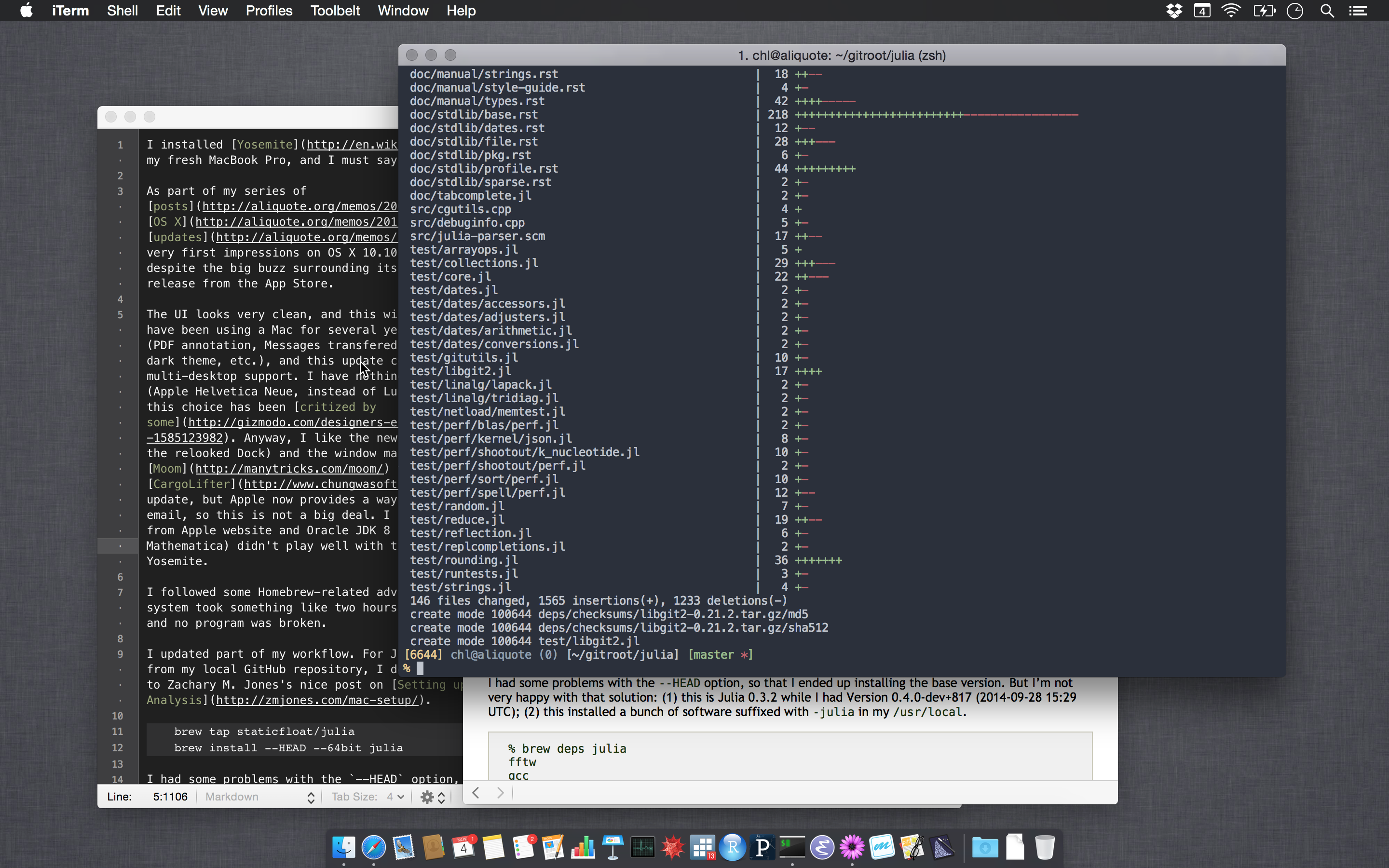 (And yes, I just tried the new release of TextMate 2.0 instead of writing in Emacs.)

The UI looks very clean, and this will be a big change for your eyes if you have been using a Mac for several years. Several new features are really good (PDF annotation, Messages transferred automatically from an iPhone to the Mac, dark theme, etc.), and this update comes with critical fixes like broken multi-desktop support. I have nothing to say regarding the brand new font (Apple Helvetica Neue, instead of Lucida Grande) that sits everywhere, although this choice has been criticized by some. Anyway, I like the new look-and-feel of the desktop (including the relooked Dock) and the window management system–though I still use Moom to resize windows. One of my Email add-ons, CargoLifter, was broken after the update, but Apple now provides a way to attach (via iCloud) large documents to email, so this is not a big deal. I had to install a Java6-compatible package from Apple website and Oracle JDK 8 since some of my software (e.g., Mathematica) didn’t play well with the new Java version that ships with Yosemite.

I followed some Homebrew-related advices that I found on Google and updating my system took something like two hours. But after the update everything was fine, and no program was broken.

I updated part of my workflow. I now pick up R from Homebrew, because I find it more convenient to update everything with brew. However, I had to reinstall all packages that include compiled C or Fortran code. I no longer have R GUI but I never really used it: I have Emacs + ESS and RStudio for coding in R. One minor issue was to symlink /opt/X11 to /usr/X11 to resolve some problem with fontconfig or tcltk (not sure for the later, though).

For Julia, rather than recompiling each time from my local GitHub repository, I decided to fetch a Homebrew version, thanks to Zachary M. Jones’s nice post on Setting up OSX for Data Analysis.

Again, not a big deal, but given that Julia packages are incompatible between both version, I will probably keep my Git version until a Homebrew formula becomes available for the 0.4 branch.

I stopped using Apple version of GNU coreutils and set up Homebrew’s version at the top of my path in my .zshrc:

Now, when viewing Man pages I get the GNU version instead of the BSD one. 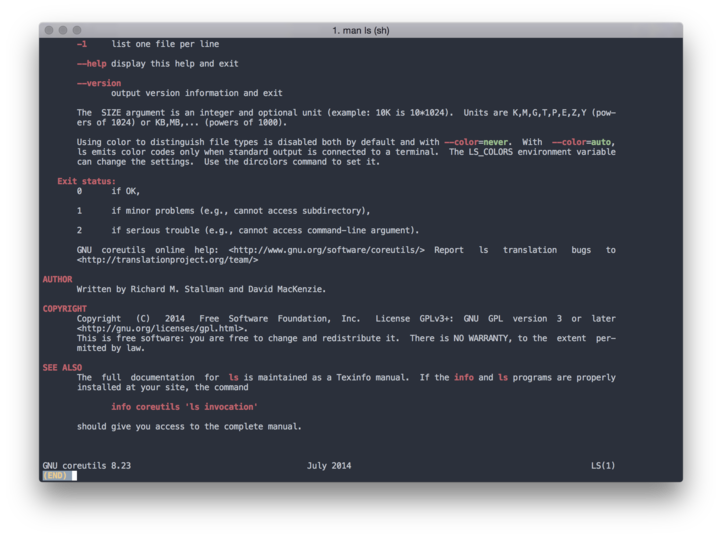 Otherwise, I installed a bunch of software and picked up some nice configuration files from Mathias Bynens' GitHub. In passing, I updated the default icon for Emacs once I saw this Tweet: