How to get scientific Python on Mac OS X Leopard

I was happy to be able to run all of the greatest of Python’s package for numerical stuff before I moved on Leopard. Since I reinstalled all of my system, I didn’t try to reinstall Python’s packages with the built-in Python (2.5). While I was reading some posts on the web, I feel a little bit desperate about the installation failures that were reported for those using the 2.5 Framework.

Note that numpy is already installed with Python 2.5, which is quite good. However, I’m interested in getting scipy, matplotlib and pygame working on Leopard, as they do previously on Mac OS X 10.4. Finally, I take the shorter route and install all using source packages, and all went fine. Now, Python works out of the box.

I used the SciPy Superpack which provides the core packages: NumPy, SciPy, Matplotlib, iPython and PyMC. The installer also contains a GFortran compiler.

Note that after the installation, you have to launch a new shell session to allow for path update. Otherwise, Python won’t find the new packages. To test, just enter in the shell:

If you don’t see any message like the following one, then it should be ok:

For a working pygame installation, I just follow the instructions here: MacCompile on pygame website. You have to solve several dependencies before building the pygame package, but this is just a 20 min. compilation stuff.

To test the installation, just go in the examples directory (in the downloaded archive), and test the stars.py and sound.py examples. You should get something like that:

with stars.py opening a window like the one below (and moving stars inside, but I cannot capture them in a snapshot :-). 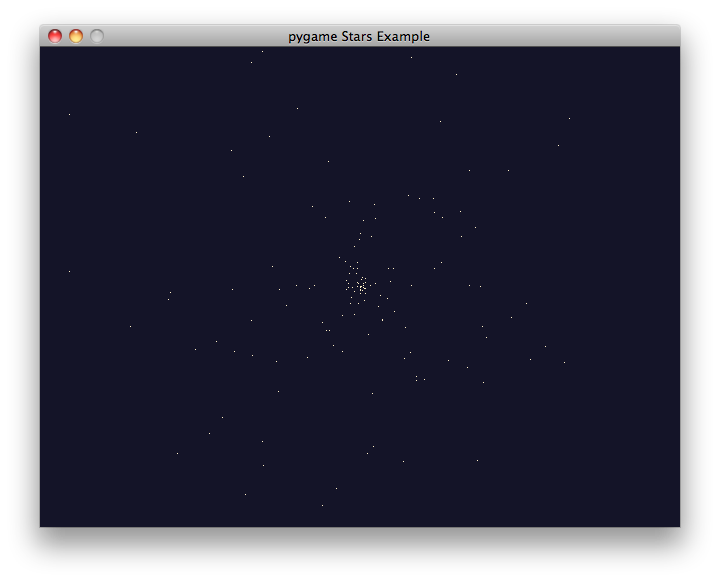 Now, what’s up? There are plenty of examples on how to use NumPy and SciPy, as well as Matplolib. For instance, the following snippet (specgram.py)

shows a spectrogram in an interactive graphical device (see below). 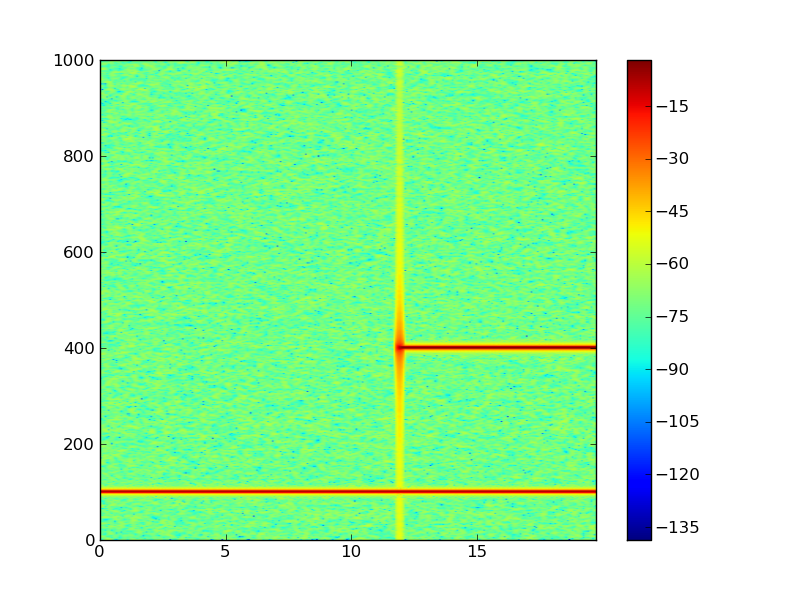 For further readings, I would recommend: