Same desktop environment for over five or six months, similar window tiling across session, and same tools as well: Neovim, Irssi, Tmux, Alacritty, Zsh, Cmus, Newsboat. No more config tweaks, since almost everything work as expected. Once you get the right tools, properly configured, stick with them and use them everyday. 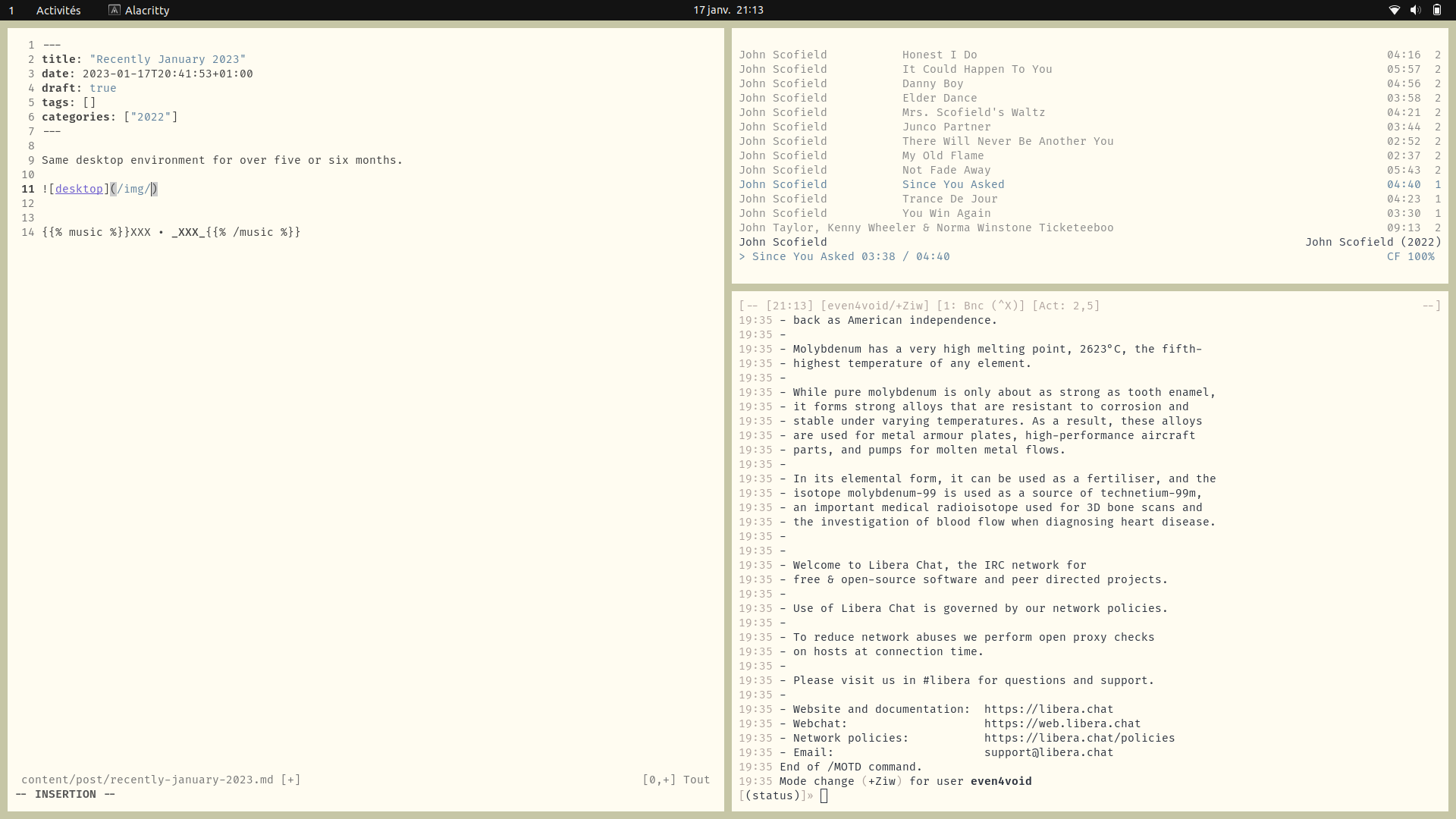 I’ve been pretty busy the last two weeks with a new course on bioinformatics for genomic applications. I did a biostatistics refresher too, after a long hiatus (5 years with no teaching at all). It was exhausting, though. Some stuff need to be improved for the next session, but overall I was pretty happy with how things went along the course.

I deleted my Last.fm account (I got the annual statistics I wanted to see, and I’m not interested in any tracking or recommendation system). I didn’t renewed my paid subscription to Apple TV and Music, since they decided to increase their rates (at least by 2 € each). I’m almost done with Apple products by now, but I will keep by email address as well as my MacBook which runs fine under Mojave. Mojave is v10.14 while we are now at Ventura v13. I think I never look at the new functionalities starting from Catalina, and I don’t think I missed a lot in hindsight. Newly released laptops look great, with top notch specs, even for the new MacBook Air, although there have now become unaffordable when you want to increase default RAM or HD capabilities. The same applies to iPhone, not to mention the fact that they are now only available in a format close to a tablet.