I recently wondered whether it is possible to apply Recursive Feature Selection with SVM in R. RFE+SVM is well described in the literature. It has originally been proposed by Guyon and coworkers for gene selection, in Gene Selection for Cancer Classification using Support Vector Machines (Machine Learning (2002) 46(1)3), 389-422). Here are two more recent papers that show application of RFE+SVM in a similar context and discuss its performance as a wrapper method for feature selection:

It relies on kernlab, which is pretty good because it supports a larger set of kernel functions and is well maintained. Also, Alex Smola, who co-authored the package, has written with B. Schölkopf an awesome reference textbook1 on Learning with Kernels (MIT Press, 2002, see Chapter 1 for an overview).

The crossval() function above performs 10-fold cross-validation (repeated 5 times) using RFE for feature selection. Be careful: It is rather long! Also, please note that we didn’t use the graph structure for features connectivity (protein-protein interactions), nor did we take advantage of annotation facilities in R (i.e., for mapping probe set ID to protein ID).

The ROC curve of the AUC for each repeat is shown below (left): 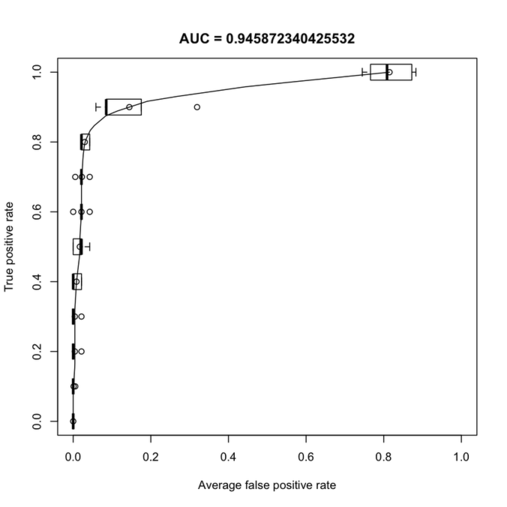 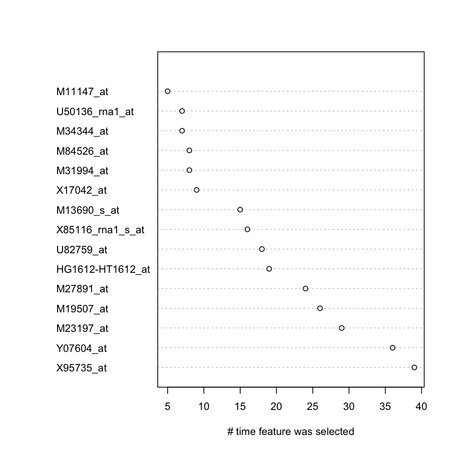 On the right in the figure above, I show the top 15 genes retained by the feature selection procedure.

More information can be found in the vignette, pathClass: SVM-based classification with prior knowledge on feature connectivity.

By the way, I just discovered that HarlanH provided very nice code for displaying classification results.