Winter here, this is the end of the year.

The last three months, I spent a lot of time walking, reading, writing and drinking beers. However, much less time was devoted to think about the future. There is no worry, I don’t have a plan. 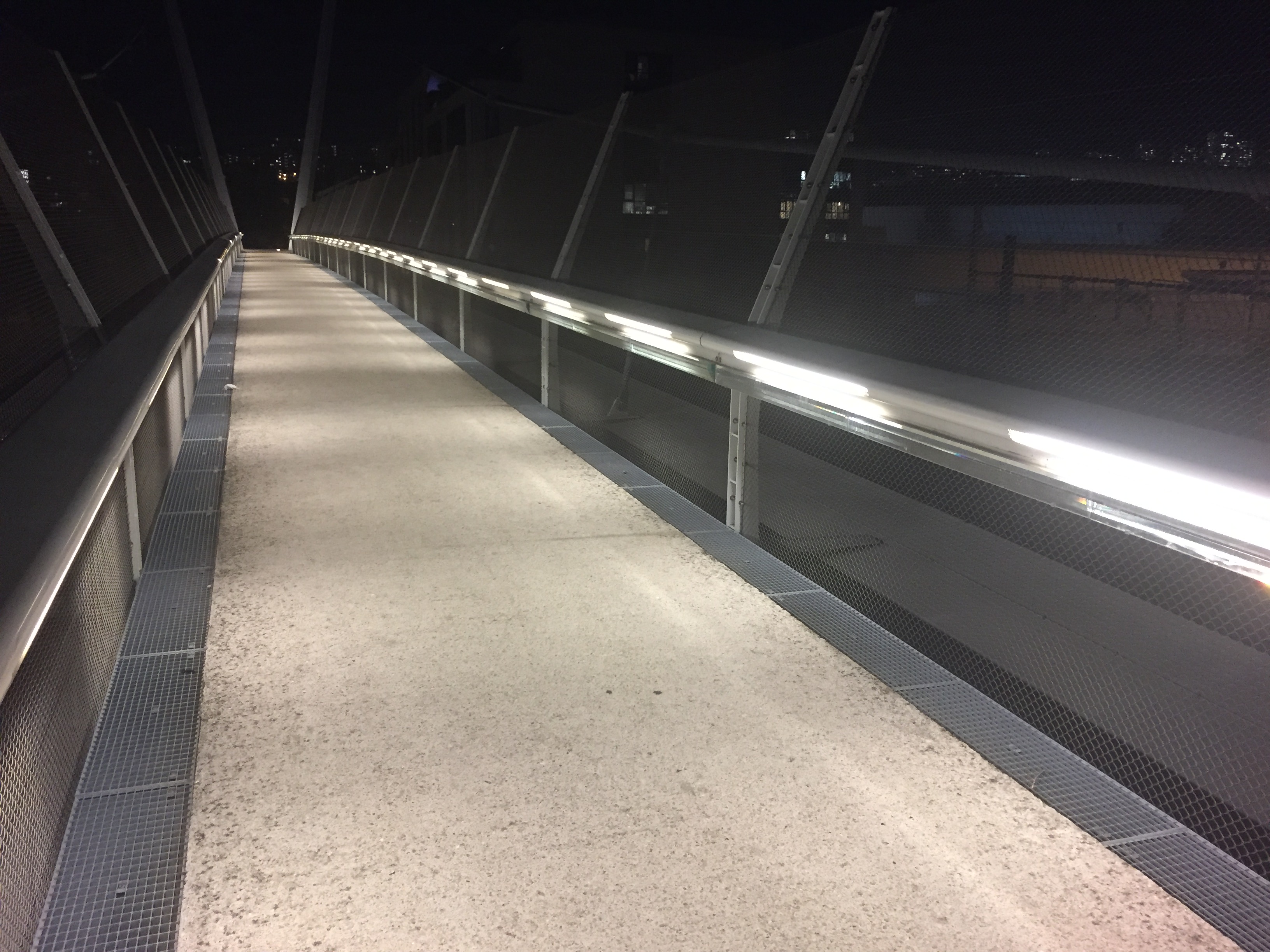 Regarding TV shows, I watched 24, The Fall, The Walking Dead, Prison Break, Game of Thrones, The Killing, Vikings, The Wire (Season 1), Jordskott, Norskov (Season 1), The Bridge/Bron. For someone who never watches TV, I think I’ve done a lot of screen time. I am looking for other Danish or Swedish TV shows for the forthcoming year.

I also read (and buy) a lot of (new and old) books, at least more than the previous year, which is a rather good sign. I am not writing as much as I would but I had to deal with several episodes of mild depression. It is probably not over but we are reaching the end of the year so let’s hope 2019 will be better.

This Year in Review: I have been thinking of writing a full post about what I have been doing this year but it happens I have been doing almost nothing except: stop using Google services, delete my LinkedIn account, write a lot of stuff including various reviews and more technical stuff (more than 60 posts this year, which is far more than the expected goal of one post per week–yet, I have a dozen of unfinished posts in my drafts folder), reactivate the Twitter bot that I may cancel anytime again (I am no longer posting or retweeting, just bookmarking), procrastinate again and again, and writing, again and again.

I now aspire to a minimalist approach to my life and the organization of my personal space. First step was to remove the dark theme of Mojave and get back to the doom-light theme for Emacs. I am back to Lisp dialects exclusively, and Emacs remains my editor of choice–I tried Atom several weeks ago, but without much success. 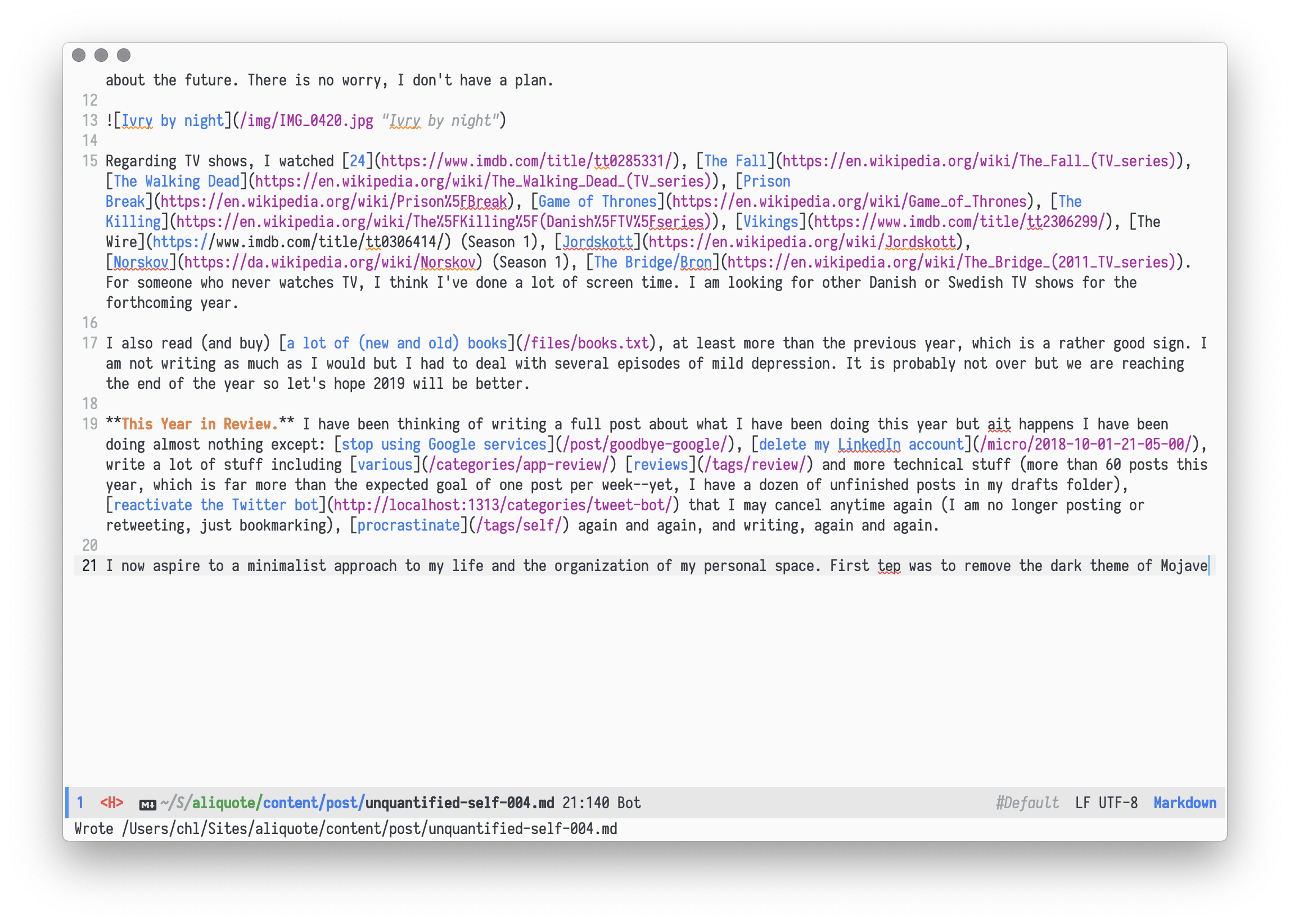 I finally got rid of that huge white wall in my living room. When you stay at home most of the day, it stings the eyes in the long run, much like in a hospital room. 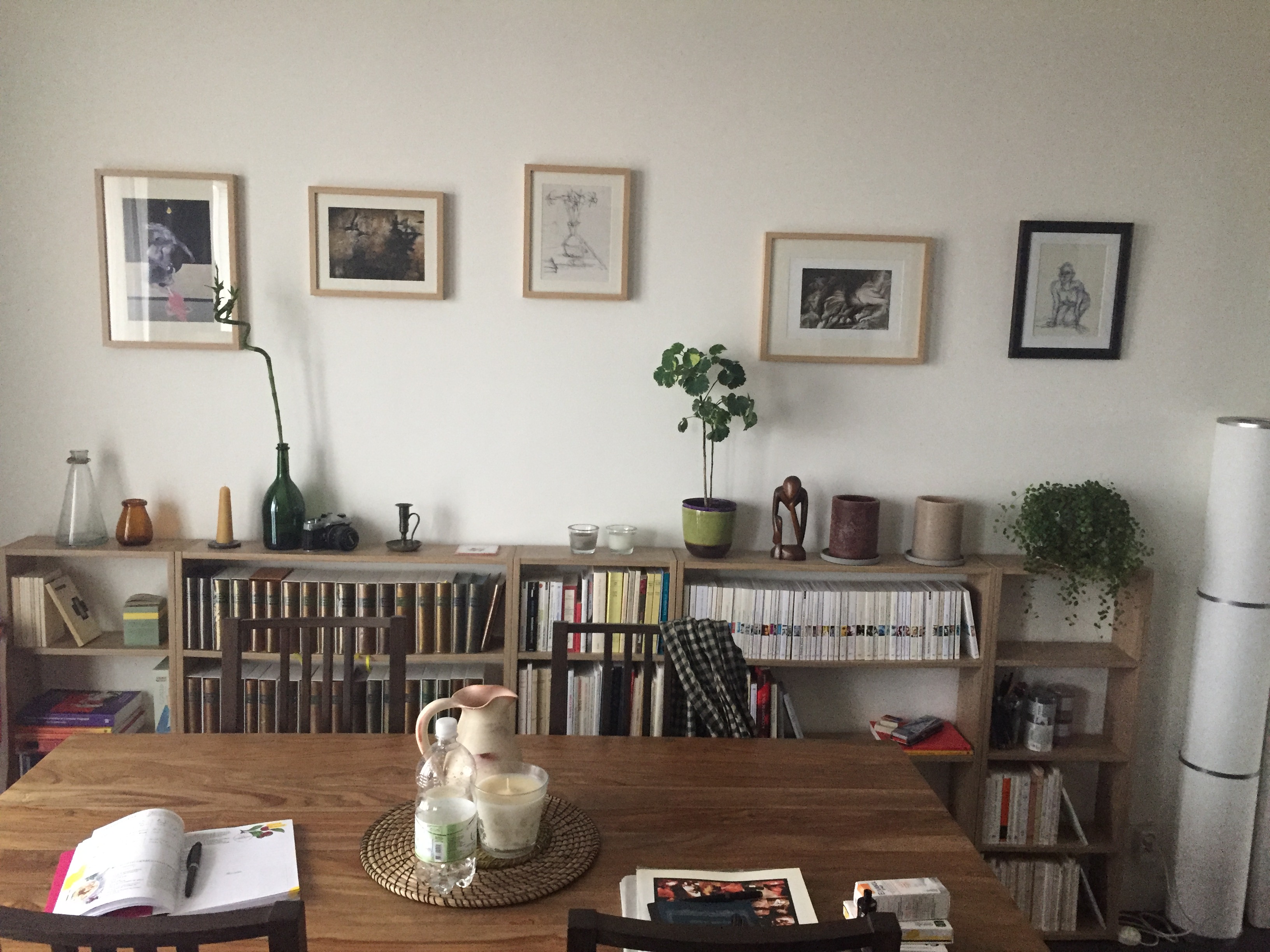